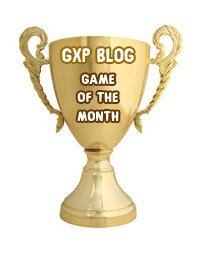 Wow, what a month it has been. Usually this time of year most gamers are either still playing games from Christmas/January sales, or rummaging through their old uncompleted games. This month we were treated to some very special Xbox 360 games. Admittedly, one of them was more of an “update” (Burnout Paradise), and another for the PC (although it allowed you to gain achievements towards your Xbox gamerscore. Namely; Dawn of War 2). But still, it’s been a great month. So, who is this month’s winner? Well, like last month I’d just like to quickly remind you that this is my personal choice of “Game of the Month”, and does not in any way relate to game sales or Xbox Live activity stats. No, this is just the game which I have either played a lot during the month, or has brought me incredible joy. So, this months winner is… (insert drum roll here) My Horse & Me 2 Wait! No! Only kidding. It’s… Street Fighter IV Could there honestly been any other choice? I’m sorry this was so predictable. Although, I was quite tempted to choose the Sega Mega Drive Ultimate Collection. Instead, that will just have to be this months runner-up. Street Fighter IV is damn tough. I’ve heard many complaints about getting completely creamed by Seth and online various opponents. However, with practice it is possible to beat Seth and at least hold your own online. Once you grasp the basic skills (rather than button-bashing) this game quickly becomes very rewarding. Well done Street Fighter IV! Honourable Mention(s) Sega Mega Drive: Ultimate Collection – Nostlagic heaven. Added enhancements make it better than playing ROMs. Call of Duty: World at War – Amazing game. Another strong contender for Xbox 360 game of the month. Halo Wars – The demo was very promising. However, I have not had the chance to play the full retail version yet. Dawn of War 2 – Awesome PC game, but due to it not being on Xbox 360 I can’t really choose it anyway for game of the month. Main Disappointment(s) Lord of the Rings: Conquest – Combat felt a bit random. Lacked skill and quickly became repetative and boring. Fuzion Frenzy 2 – Bleh.