Home » Xbox » Games that use the Xbox 360 Vision Camera

Games that use the Xbox 360 Vision Camera 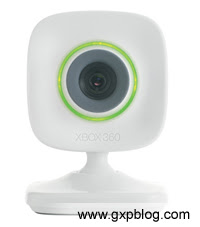 Those who have been following my 360voice profile will know I have been spending quite a lot of time on Rainbow Six Vegas 2 lately. The game is incredibly enjoyable online with many features and unlockables which keep me coming back for that “just one extra round!”.

One thing I have always wanted to do though (since Rainbow Six Vegas 1) is map my face onto my character. Last night I finally got that opportunity thanks to a friend of mine temporarily lending me his Xbox 360 Live Vision Camera.

The results were.. interesting. The face-mapping is quite detailed but for some reason it can’t quite do hair properly. Nearly every attempt resulted in me looking either bald, or having a huge white skull showing at the back. Luckily I managed to get over the baldness issue thanks to a hat I managed to unlock a few days earlier. Phew!

Anyway, this got me to thinking. What other Xbox 360 games make use of the Live Vision Camera?

Thanks to Wikipedia, I managed to find this great list of games:

Admittedly, I haven’t heard of all of these. I imagine some of them are American releases or like “Uno Rush”, coming soon.

There doesn’t seem to be much in the way of making me want to purchase and Xbox Live Vision Camera (or justify a purchase), but I think the face-mapping feature in Tom Clancy’s Rainbow Six: Vegas 2 was very entertaining.

If you have a friend who has a camera, ask kindly if he/she will let you borrow it for a short period. If you are thinking of getting a camera yourself though, my best recommendation is that you get one bundled with the “You’re in the Movies” game.