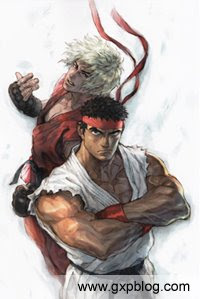 Street Fighter IV is a hard game for many. I’ve heard loads of complaints about what Capcom believes is “medium” difficulty, with a lot of players struggling to finish the game (don’t even get me started on winning ranked multiplayer matches).

Whilst I’m far from being the top player in the UK, I understand what is required to at least get through the game on medium, and give online players a tough battle. Hopefully by the time you finish reading this post, you will understand some of the basic foundations to really get good at Street Fighter IV.

Tired of losing? Then check out these tips on how to beat Street Fighter IV (4)

1. Learn to Block
Blocking sounds like the most boring tactic in the world. However, learning to hold back at the right time will really help you keep at high health. It is probably the most important technique to master in the games.

Be aware that blocking whilst standing is different to crouching. Standing up will help block against many aerial attacks, whilst obviously crouching will prevent a lot of low blows and sweeps. Be careful not to “over block” though, as your character will eventually tire out and leave you open. Just block a hit and quickly counter with a fast, light move to give you an opening.

2. Pick a Character
This second Street Fighter IV tip is also fairly simple. Spend some time playing as each of the initially unlocked characters until you find one you are comfortable with. Once you feel you have settled on a particular character, try pulling off some of their special moves. I highly recommend Ryu, Ken, Blanka, or E.Honda for starting out with. Ken and Ryu more so as they have a greater variety of moves. The other two characters have simpler moves which can really help a defensive beginner (if it is too hard to pull off Ryu or Ken’s moves).

Mastering one or two characters is a lot more effective than trying to learn them all. I remember my martial arts teacher explaining to me that trying to learn 1000 moves is not as effective as learning 10 and practicing them 100 times. It’s a bit like the saying “a jack of all trades, is a master of none”. Which brings me onto my third Street Fighter IV tip…

3. Training Mode
Training mode is one of your best friends. Trust me! Here you can practice all of your chosen character’s moves and combos without fear of being beaten to death before you can throw your first Hadouken. Spend some time just memorising moves and experimenting. Much like the blocking tip this may sound a little boring, but it can really help you in the long run. Many of the best players (including the top Street Fighter UK Champion of over 80 consecutive ranked wins) have stated that this mode is an extremely important step. 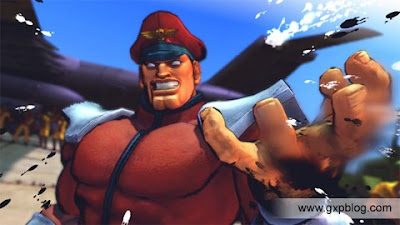 4. Invite Some Friends Over!
A fun way to build up some great skills is to play against friends. Try hosting a gaming night with your mates and challenge them to a game of Street Fighter IV. Many of your friends may already be aware of the previous games and be pretty skilled already. One great benefit is that if they are pretty good, you can get them to show you tricks and techniques to help you improve. You can also try and experiment different tactics against their chosen characters.

5. Learn From Your Mistakes
Try not to get too upset if you get beaten. Instead, try working out how you got beaten. On the single player mode this can sometimes be a little tricky as the computer controlled opponent can sometimes take what are called “cheap shots”. Try a few unranked matches online and get feedback from your opponents. You may find some fairly decent players who are kind enough to help you out with a few pointers.

“You’ve always got to be aware of why you don’t win, otherwise you’ll keep losing. Every mistake is a learning experience and, hopefully, you won’t make the same mistake again.” – Layne Beachley

Summary
Street Fighter IV is quite a difficult game that requires practice in order to get good at it. There is no such thing as natural talent with a game such as this. You just need to train, experiment, and be prepared to lose a few matches along the way.

Don’t be afraid of starting small. If you are a true beginner, try playing through the game on the “Very Easy” setting. Everyone has to start somewhere. Once you beat the game on that setting, gradually work your way through the other difficulties.

I hope these Street Fighter IV tips will give many of you the foundation skills required to become a great player. If you feel this post has helped you, or if you have any of your own tips to share, please leave a comment.