Home » Xbox » How low will you go for gamerscore?

How low will you go for gamerscore? 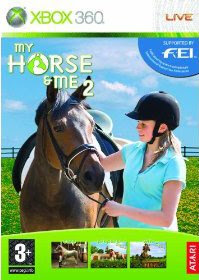 First there was Avatar, then there was My Horse and Me2. Now there is Disney Sing It with Hannah Montana not too far away.

There is no denying that earning achievements and boosting gamerscore is extremely addictive. There is a huge community of competitive gamers eager to get to the top of leaderboards whether they be worldwide, or just amongst friends.

This led me to wondering, how far will you go to boost your gamerscore? Would you risk the ridicule of friends to get that extra 1000 points?

Those of you who have looked on my Xbox 360 profile will have noticed that I have earned 1000 gamerscore on Avatar and also played my fair share of other “kids games”. I sort of have an excuse as my girlfriend has kids who own an Xbox 360, but that doesn’t really mask the fact that I would still have played the games if she didn’t.

The game I received most comments about from friends was Disney Sing It. I got quite a grilling for having that on my profile eventhough a lot of them are “achievement whores” too. I must say though that I don’t chase after gamerscore as much as I used to. Lately I’ve been playing a lot of games purely for the enjoyment of the gameplay and story, but I am still tempted to go that extra mile sometimes to grab a couple of points.

What I’d like to hear are your stories, the readers of this blog. What games are you most ashamed of playing? Do you only play games that have easy achievements? Have your friends ever mocked you about certain games on your profile?