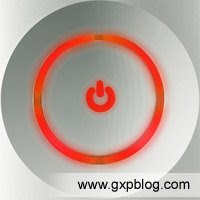 Recently I turned on an Xbox 360 and was presented with four red lights surrounding the power button. After the huge amount of online discussion about the “RROD” (Red Rings of Death), my immediate reaction was to panic!

Whilst worrying about whether this premium console was still under warranty and if I’d be several days without being able to play my Xbox 360, I turned the console off and began checking all of the connections. To my surprise, this was infact NOT the RROD problem, but something rather minor that can be fixed easily.

Apparently there are several errors that correspond to the amount of red lights that are lit around the power button. After a quick search on Microsoft’s support pages I found that:

The fact that my console had flashing red lights as a complete circle indicated that there was an AV cable connection problem. All I had to do was reconnect the cable (which came loose somehow? possibly due to someone in the house dusting or moving it for some reason) and turn the Xbox back on again. Phew, what a relief!

If this problem has happened to you, try switching the console off and reconnecting all cables like I did. Otherwise, check out Microsoft’s official support page on Four Red Lights error surrounding the Xbox 360 power button.