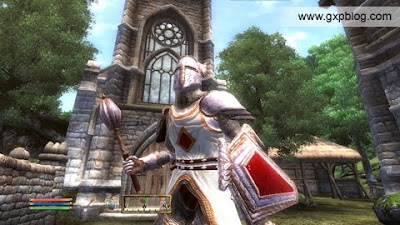 The creators of the awesome game Oblivion (Bethesda) announced a great deal yesterday where all of their downloadable content is half price!

“In celebration of the arrival of April, the wackiness of April Fool’s Day, and the upcoming 3rd anniversary of the release of Horse Armor (Friday, April 3), we are pleased to announce that for the next week all Oblivion DLC for Xbox 360 is half price, except for Horse Armor, which is twice as much as usual. So if you’ve been waiting for just the right moment to get The Vile Lair, or Knights of the Nine, or Shivering Isles, now is the time.”

Thinking this was some soft of “April Fools” joke, I checked the marketplace to find that… it was real! All downloads are still half price, apart from the horse armour, which is double.

If you are at work, check the marketplace offer and purchase DLC to prepare the downloads to your Xbox 360 when you get home.

As I own the collectors edition of the game, I already have the Shivering Isles and Knights of the Nine. I managed to buy The Vile Lair, The Thieves Den, The Wizard’s Tower and The Orrery for a mere 300MS points! I’m also thinking of buying the Mehrune’s Razor DLC too.

So, for those who don’t already own all of the Oblivion DLC, this is the best time to get it! It’s also another great excuse to load the game up again and get back into it!